The current neuroimaging workflow has matured into a large chain of processing and analysis steps involving a large number of experts, across imaging modalities and applications. The development and fast adoption of fMRIPrep have revealed that neuroscientists need tools that simplify their research workflow, provide visual reports and checkpoints, and engender trust in the tool itself. The NiPreps framework extends fMRIPrep 's approach and principles to new imaging modalities. The vision for NiPreps is to provide end-users (i.e., researchers) with applications that allow them to perform quality control smoothly and to prepare their data for modeling and statistical analysis. 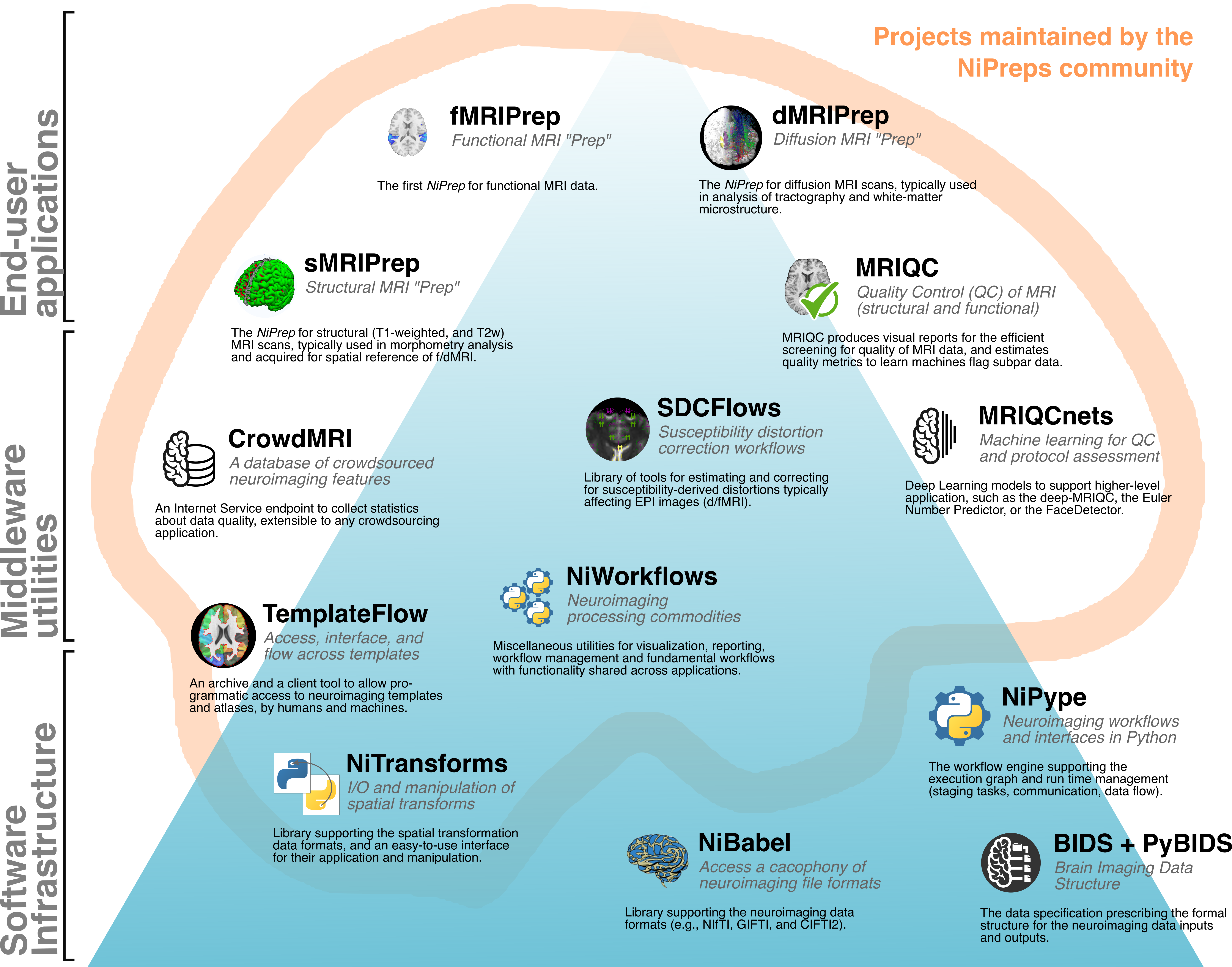